The world is full of well-known and amazing buildings which attract hordes of visitors, but, for a small community it’s the decaying, abandoned, and unknown which lure their fascination; This is the world of Urbex, or urban exploration. It’s a world that I, along with Dan and Macca will be delving into over a weekend in Belgium. For the past 40 years the spa town of Tskaltubo has been slipping into anonymity. The chances are that if you have caught wind of this town, you’re either an urban explorer or a mature Soviet patron, two different ends of the spectrums that aren’t often said in the same sentence. New Orleans or NOLA as it’s also known, needs little introduction. Recently celebrating 300 years since its founding by the French in 1718, but this is only one party amongst many. The city’s vibrant atmosphere is well documented so whilst I may have missed Mardi Gras, does that mean I’ve missed the party? If you find yourself walking along the coastline of the Thames Estuary you may on a clear day, far on the horizon, just about see some unusual structures. These are the Maunsell Forts; abandoned military defences which once protected London from enemy aircraft, and later became home to a community of radio pirates. That’s all I need to hear to get me out on a boat to take a look for myself. 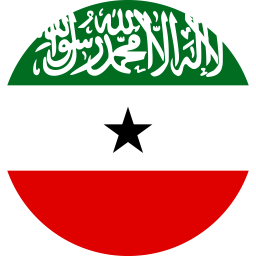 Long ostracized by the majority or the World, Somalia has been in a state of anarchy since the 1991 Civil War that killed between 350,000 and 1, 000,000 Somali’s. The War played host to one of the most famous US military failures, ‘Black Hawk Down’ and a power vacuum following the ousting of Siad Barre has created what many consider the World Most Dangerous State, but could this be about to change? North of normal in Svalbard

Halfway between Norway and the North Pole is the Arctic archipelago of Svalbard. A remote wilderness; a land of ice, islands and mountains. It’s as far north as most people can get using commercial means, and with the summer temperatures reaching ‘tolerable’, 24 hours sunshine and low taxes I think this could be my kind of summer holiday. etween the well-worn tourist destinations of Morocco and Tunisia lies Africa’s largest country, Algeria; and whilst it may be unmissable on any map of Africa it appears that most western tourists are blind to the prospect of a visit. It’s true the countries reputation doesn’t do it any favours but reputations have a tendency to unjustifiably linger on longer then they deserve. So with the capital city of Algiers being a little over two hours away I decided to step out of my comfort zone and discover for myself what we may be missing. Everyone’s heard of the Canary Islands, but run your finger North West across the map and you will notice another archipelago in the middle of the vast Atlantic Ocean. These are the Azores; nine islands over a thousand miles away from anywhere else, an autonomous region of Portugal and a real hidden gem.  These ‘secret islands’ have been described as Europe’s Eden; and I have only a week to discover if this reputation is just. Weekend visit to Moldova and Transnistria

As one of Europe’s least visited countries I think we can all be forgiven for not really knowing much about Moldova, but that shouldn’t put you of visiting. Wedged between Romania and Ukraine, Moldova can make for an interesting long weekend. There’s the countries rich wine heritage, ex Soviet charm and a rather interesting geo-political situation which has resulted in the defacto independent state of Transnitstria. More than enough to wet my appetite for a mini adventure. Never having been to Portugal I thought a swift city break to either Lisbon or Porto would be exactly what the doctor ordered. Having heard good stories about both, I found it rather hard to decide which to choose… so I chose both. Somewhere along the line Sweden and the rest of Scandinavia lost out on the backpackers dream. Fortunately for them, low cost airlines have certainly opened a huge new pool of weekend city breaks and Gothenburg is no exception. Scooping a return ticket for a mere £20 from Stanstead, it makes for a great get away from it all and great to simply take in some peace and quiet. It is 9 am and I find myself standing on a platform in Asia. Surreal. I had never been anywhere near Asia yet somehow I found myself standing, waiting for a train in Dandong, China with what I hope was a return ticket to Pyongyang, North Korea. Chernobyl, even just the word brings to mind illusions of catastrophic nuclear meltdown, massive mushroom clouds and zombies. Loaded with these illusions I felt it would be a great idea to round up some mates and visit this soviet era time capsule over a long weekend away. Surprise, we’re going to Paris” I explained to my better half on her birthday. I’ve not actually planned the trip, only booked the Eurostar and a hotel, but the rest I’m sure we’ll work out en-route… We barely opened our guide book, and we still had a great time in one of Europe’s finest cities. Opting for the Eurostar rather than plane made our journey effortless, quick and above all, comfortable. St Kilda the island on the edge of the world

In a far corner of the United Kingdom, forty miles from the Western Isles, lies a speck of land that has caught the imagination of many. St Kilda supported a modest population, adapted to survive in such harsh and isolated conditions, for two millennia, but with the influx of modern world influence the population began to dwindle as religion, tourism, emigration and disease eventually eroded the sustainability of this fragile society. With a population of a little over half a million, Vilnius is not a large city; however it does have one of the largest old towns in Europe and is a UNESCO World Heritage Site. Many visitors tour the Baltic states in a single trip but now affordable low cost airlines mean a weekend visit is well on the cards. While Prague has its castle, Paris its tower, Vilnius seems to have a more subdued appeal, perhaps even less spectacular, but the charm of the Old Town is undeniable, preserved in time and free from the touristy tat and whore houses found in many of its counterpart cities. Standing in downtown Minsk there is little to suggest that you are standing in the capital of Europe’s last surviving dictatorship. No huge banners line the Stalinist architecture portraying the president sternly looking down upon you, no pictures hang of him in the shop windows, scrutinising your purchases, and while you can buy souvenirs with images of past famous socialist figures, Mr Lukashenko is nowhere to be seen. Instead you’ll see a McDonald’s, TGI Friday or even a Lamborghini parked outside a trendy cafe. On first impressions it would seem that someone has told Belarus that the Iron Curtain has in fact been drawn. Being deserted on Boa Vista

As if straight out of a Robinson Crusoe novel, Boa Vista really is a splendid example of a desert island. 570km off the West African coast, Boa Vista is the closest of the 10 islands to mainland Africa that make up the archipelago country of Cape Verde. It’s due to this proximity to the mainland and relative proximity to the Tropic of Cancer that this volcanic island owes its Sahara-like conditions. Tourism here is still very much in its infancy, making this the ideal time to come and soak up the sun, sea, and atmosphere before the rest of the world does. Pristina’s emergence as a capital city arose from Kosovo’s self proclaimed independence from Serbia back in 2008. To date, it remains under international scrutiny about its status as a full on ‘country’ with Serbia leading forward the argument it still remains under its governing rule. It is for this reason that Kosovo remains far from peoples minds as a tourist destination. However, upon a visit, ones perceptions of a war torn city needs to be re-evaluated as you’ll soon come to realise that this is a functioning, bustling, living city home to some 200,000 people. Skopje for the weekend

Almost every guide book to Macedonia’s capital city will start by explaining that 80% of the city was destroyed by an earthquake in 1963. It will continue to explain that this paved the way for the great socialist rebuild resulting in today’s grey and concrete façade dominating the skyline. However, spend some time here and you’ll see there’s more than meets the eye. Scattered along Syria’s North West region are the remains of a past civilization, long dead and forgotten. It’s claimed that 40 ancient Christian Byzantine settlements dating back to between the first and the seventh centuries make up Syria’s mysterious Dead Cities. Surprisingly, yet somehow quite fitting, the modern world has forgotten about these incredible and well-preserved ruins. Even UNESCO, it would seem, has overlooked these sites up until 2011, when they were finally recognised as a world heritage site. Thrust into the lime light by Indiana Jones (of Last Crusade fame), Petra will undoubtedly always make it on to any must see, visit, or bucket list out there. The accessibility, preservation, and grandeur of this “rose-red city” provide any visitor with an up-close and personal experience with the ancient Nabataeans as they walk through history Atop a large hill some 700 meters above sea level and overlooking a lush green valley in Western Syria, stands the magnificent ‘Castle of the Kurds’. Once described by Lawrence of Arabia as “…perhaps the best preserved and most wholly admirable castle in the world…”, it leaves modern day visitors as impressed now as it had T.E. Lawrence himself a century ago. Built between 1142 and 1271 the Krak, or Castle, now a UNESCO world heritage site is still recognised as one of the best specimens of a Crusader Castles in the world. Just 28 miles of the English coastline in the Celtic Sea, five inhabited islands are home to some wonderfully quaint English settlements. Many more uninhabited islands are left for nature and the local wildlife to shape as they please. Together, these form the picturesque archipelago of the Isles of Scilly, a designated Area of Outstanding Natural Beauty which will leave any visitor astonished that they’ve not come across this gem of a destination before.